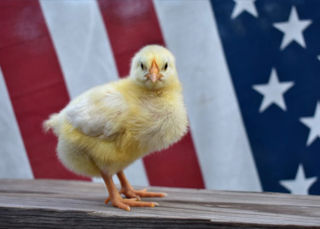 Property is, in plain English, something you own. While there are many categories of property, the main two are personal and real property, each with its own rules and regulations. The basic difference between them is whether or not the property is movable. A farmhouse? Real property. A farmer’s chicken? Personal property.

As some of the basic concepts of property law repeat over and over in other areas of law, an adept attorney will always carry a knowledge of property law in his or her toolkit. Tested on the CA Bar Exam, Real Property is an essential subject offered in the second year at GUCL.

Where do we draw the property line?
Property law has deep, historic roots. In the Middle Ages, the agricultural economy depended upon ownership of property in land.  A belief was that whoever owned the land also owned the sky above - all the way up to heaven!  When air travel took off in the 20th century, however, the notion of such a lofty property line was replaced by government regulation and statutes controlling air space as a “public highway.”

Famous Real Property Case: Heads up! Own a house? Stand in the yard and put your hands in the air. That air is your property! You can’t see or touch it, but it can still be taken. 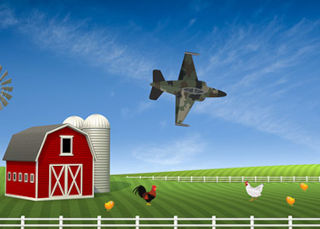 United States v. Causby , 328 U.S. 256 (1946) Mr. Causby owned a home and chicken farm less than a half mile from a small, municipal airport. During WWII, the US government leased the airport for military use. Bombers flying in and out were extremely loud and flew so low over Mr. Causby’s property that his life and business were disrupted. Even 150 of his chickens died running away in fright from the noise and lights!

Mr. Causby sued the government - not because of the dead chickens - but because he felt he had been deprived of full enjoyment and use of the property under the Fifth Amendment (private property shall not be taken without compensation). The lower court agreed and awarded him $2,000 as compensation for this “taking.”

Unfortunately, Mr. Causby watched his money fly off into the distance after the government filed an appeal. While the US Supreme Court agreed a Constitutional taking of Mr. Causby’s property had occurred, they still reversed the decision. Why? Statutory language! The lower court had not defined the easement that was created by the low flight path as required. The case was sent back to the lower court for further fact finding.